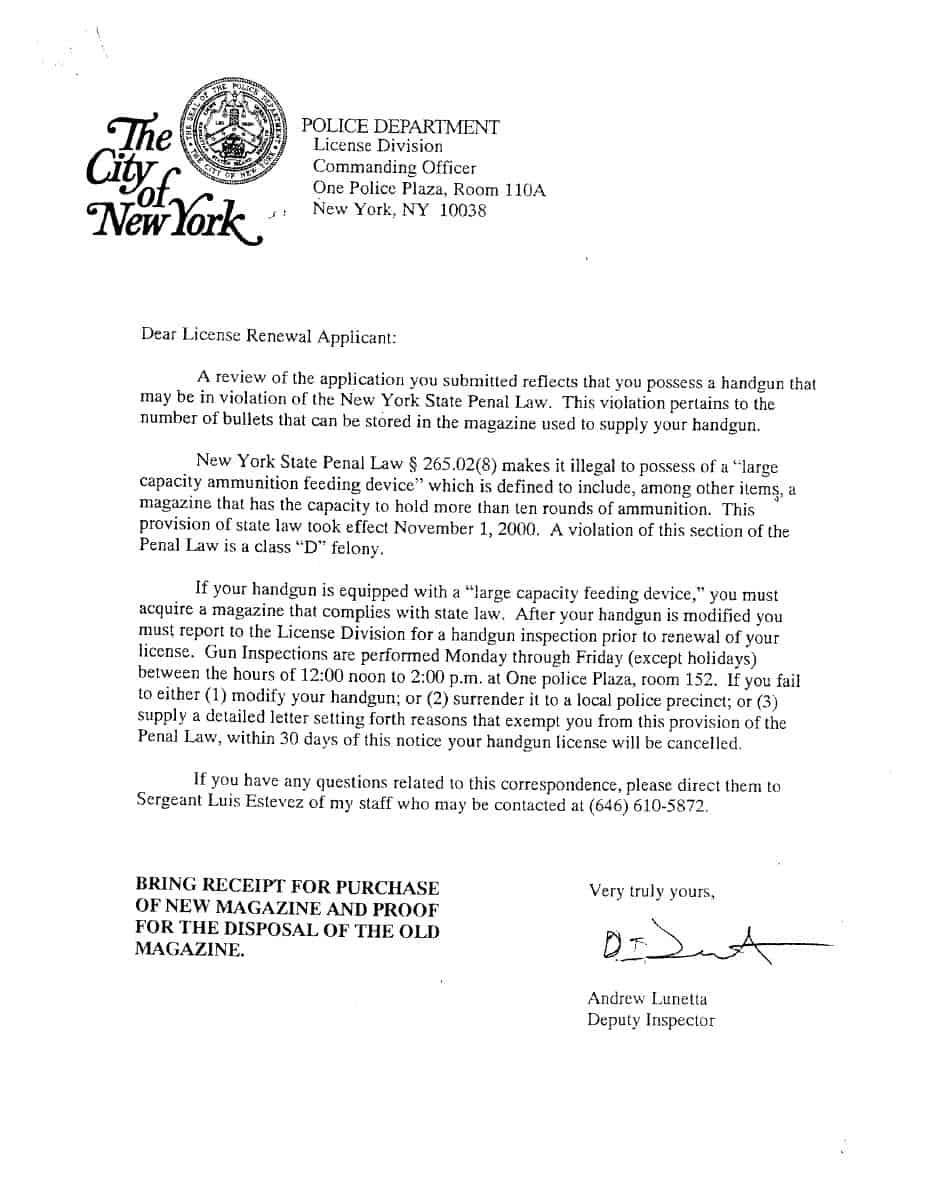 The NYPD has sent out form letters to pistol license holders who list handguns which can accept magazines holding 10+ rounds implying that all such magazines are illegal and that the guns must either be modified or turned in prior to renewal of their pistol license.  NYSRPA is looking to speak with anyone who has received a similar letter.  Specifically, we are looking for: